Is there a historical connection? Burying bodies 6 ft. deep? 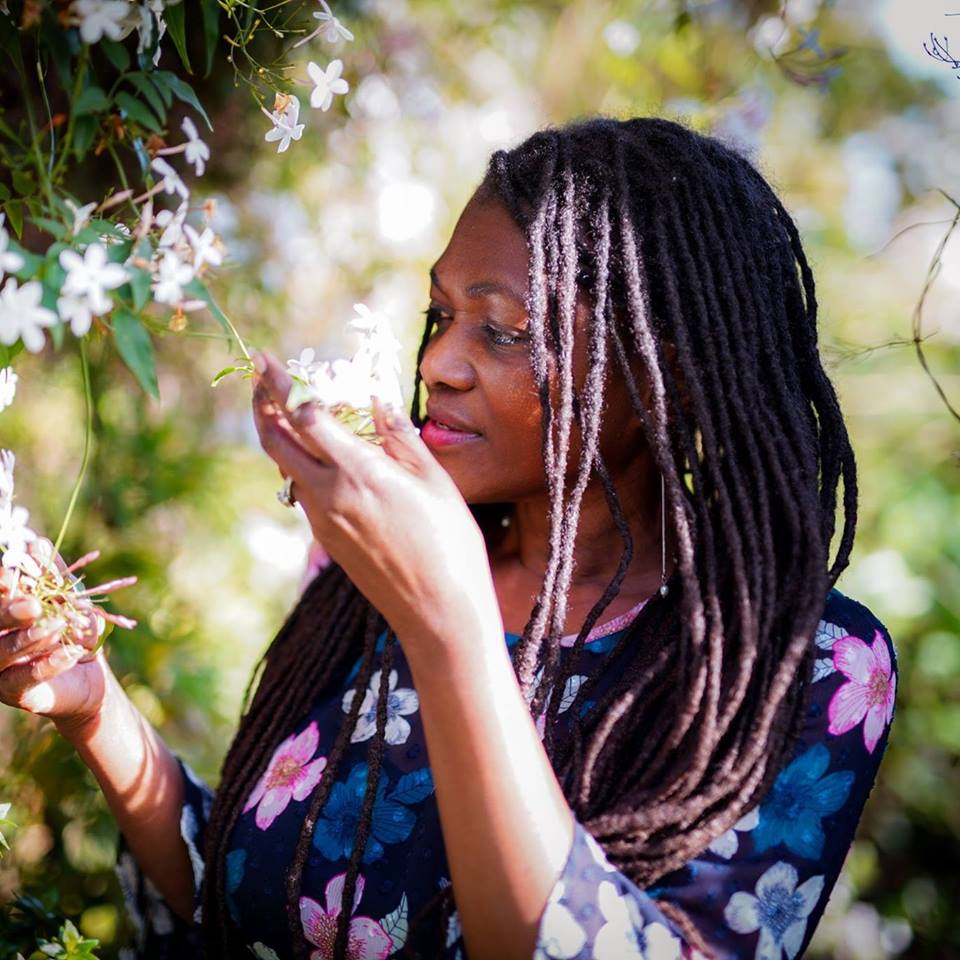 With this new social distancing phenomenon, one has to wonder why a distance of 6 feet? History is filled with evidence that those who possess the ability to create and alter laws and rules cannot be deemed trustworthy. We should keep in mind that most senior rule-makers remain in the shadows, conducting and instructing subordinates in the governing of society. This reminds us that everything must be questioned.  We are constantly moving head-on into one hundred and one distractions. These distractions sway many from engaging in a level of questioning and curiosity that would penetrate the superficial marketing of reality.

Dividing lines marked 6 feet apart can be seen in banks, supermarkets, and any business that generates a gathering of people during business hours. We can observe the compliant nature of people while they police each other should the six feet rule be disobeyed. Fear creates compliance as those in positions of power issue news broadcasts with a level of confidence that is supposed to encourage public trust. This bombardment of information translates to the public as “just do what we tell you to do and we will keep you safe. If you listen to us you may get out of this alive”. People want to live so they comply with the loudest and most powerful voices staged before them.

Sure they tell the public that the six feet distance limits the distance of saliva from a sneeze or cough as it is expected to spray no further than 3-4 feet. But is there more to it? Where did the idea come from? Words and phrases are coded with meanings that we are often oblivious to. Like symbols, logos, signs, word phrases or a piece of art that conveys messages and suggestions. It is interesting to note the following excerpt from an article titled:

How Did 6 Feet Become the Standard Grave Depth? By MATT SONIAK OCTOBER 14, 2018

“It all started with the plague: The origins of “six feet under” come from a 1665 outbreak in England. As the disease swept the country, the mayor of London literally laid down the law about how to deal with the bodies to avoid further infections. Among his specifications—made in “Orders Conceived and Published by the Lord Mayor and Aldermen of the City of London, Concerning the Infection of the Plague”—was that “all the graves shall be at least six feet deep.

A typical modern burial involves a body pumped full of chemical preservatives sealed inside a sturdy metal casket, which is itself sealed inside a steel or cement burial vault. It’s less of a hospitable environment for microbes than the grave used to be. For untypical burials, though—where the body isn’t embalmed, a vault isn’t used, or the casket is wood instead of metal or is foregone entirely—even these less strict burial standards provide a measure of safety and comfort. Without any protection, and subjected to a few years of soil erosion, the bones of the dearly departed could inconveniently and unexpectedly surface or get too close to the living, scaring people and acting as disease vectors. The minimum depth helps keep the dead down where they belong.”

In this current crisis the living stands six feet apart from each other; the masked and the unmasked sharing space with perhaps similar fears and distrust as displayed during the times of plague. In this case, those unmasked may be seen as the dead or the same may be said of the masked. Either way, there is heightened distrust. Similarity can also be drawn between the pro-vaccine and anti-vaccine folks. Who is pulling the strings and delivering information in a way that serves the agenda or the narrative. The behavior of society must constantly be tested and monitored in order for rule-makers to stay ahead of any mass disobedience that could potentially rise up and snatch away the power.

Here we see the beginning perhaps of this 6 feet distancing rule associated with plague and death. The year of the plague was 1665 (666) is also quite curious although this is not a focus on occult matters yet life is a science and is run scientifically. Politics, commerce, and religion work on the order of mathematics and psychology. The numbers must always add up in order to produce a deliberate outcome. Be vigilant in observing your personal world and the manner in which you respond to this marketed crisis. Become more aware of the needs of your body by providing it with the optimum level of thoughts, nutrients, and self-embrace.  Stay empowered and curious!

While we are being kept off the streets what technical upgrades are being implemented around us? Nothing is as it seems. This is not about a fear of what is being implemented but its more about being aware of the world that is being installed behind the veils of distraction, distancing and fear-mongering. What behaviors and rules will remain? For a while will it seem odd for us to hug in public, shake hands or hold hands? It is being suggested that we bump elbows instead! What will be our accepted new normal? Will we continue to police each other and distance ourselves without having direct orders to do so? To what degree will the public distrust of each other continue?

A CLOUD OF DEFICIENCY

The general cloud over our world is of death and endings: running out of time, money, life, livelihood, and relationships heavily promoted by mainstream media platforms. The 6 feet distancing rule, 6 feet burial (under), and 6 pallbearers implies death, triple 6 (666) (Incidentally the bill of sixes H. R. 6666). The 6 feet rule is about “survival” it is about staying alive, that’s the obvious truth of the matter. Our survival instincts are heightened as our fight or flight responses are in full swing. This survival and fear crisis goes beyond fear of physical death but of the deficiencies and lack on a social and personal level. So there is a death and dying encryption in the general field or energy of our environment. This simply reinforces stress through 24 hours of nonstop brainwashing information about the virus; lack, deficiency, and the number of escalating deaths 24/7.

ARE PEOPLE SIMPLY DYING BECAUSE IT’S THEIR TIME?

Yes! Again life is not random however our beliefs, silent or hidden are driving us in the direction of all things in support of those beliefs. Life is a feedback loop of reactions. Beliefs change according to the graduation of our awareness.

To do the opposite of staying alive is death or expiration. Being alive is a treasure held dear by most all humans. We love being part of the human game but it is also all we know to memory. Humans are coded to stay alive at all costs, we are just wired that way and so the thought of departing from our familiar into possible nothingness or complete annihilation is often silent stress. And even for those who profess to be ok with dying are you simply responding to another level of programming in the game? Either way this death theme being dangled is triggering many levels of the human survival programs. Like our ancestors, in times of living in the wild, or of plagues, or of war or of environmental changes they found a way to survive and keep the human race going. We are encoded with the history of our collective and individual ancestors and bloodline’s survival skills, triggers, and fears! The system however takes full advantage of these core fears, responses and instincts of survival to keep the population in line.

This health crisis has been about “breath” the lungs, breathing! Life is streamed through our breath! (Update to this article the death of George Floyd since writing this article) Here is yet another reminder of death as people chant “I can’t breathe”. Although a tragic moment for many those who operate in higher levels of oppressive occult breathe in the fear and anguish being generated by these symbols of death, these symbols that remind humans of their vulnerability and of their mortality. These slogans of “be safe” trigger our subconscious minds hidden fear of “not being safe” and not being safe can lead to death! Don’t get caught by the “death” hunter, this is the message that we are conveying to each other. We are reminding each other to avoid the reaper, don’t get caught! Survival! Survival! Survival! It’s what we do; it’s what is reinforced in order to maintain control over society. We must be reminded of our fragility after all the breath has been driven home to us as “borrowed time”. Meaning that someone or something is leasing our breath to us! We are only borrowing being alive and that we are at the mercy of something or someone else! But alas this is not realized as the programming and power of the “Gods” have been enforced through religion, be you a believer or an atheist. We live a very primitive existence, a very primitive story. While many are busy owning this story there are others and forces that are bound by nothing, no-thing! It’s the human game like all other games, power increases in the hands of those who can ensure the deficit thinking and safe responses of his or her opponent.

This moment is a grand opportunity for anyone to open their eyes, but only if one is ready to be spiritually self-reliant. When one is ready to raise the vibration of their consciousness by stepping outside of the box designed for subordinates, victims, and slaves of outdated programs, stories, and beliefs; then one will give the command and permission to rise up in their ever-ascending power of knowledge! For those who are, I say shake off these outdated programs! You are a supernatural being, in other words, you are naturally super! It is how you got here into this version of reality or life expression through your super nature! The game is really not against you but instead, it is actually pushing you forward if you are able to see it! Remove the mask and let it be so!